This week, I am going to a deep dive on one of the foundational technologies that makes StarBreak® possible. This will be a bit technical but hopefully it will be interesting to the engineers in the crowd.

When I started writing web games in 2007, with Rob Shillingsburg at what would become Wild Shadow, our goal was to make games that were as widely accessible as possible. The choice of tools to use was pretty straightforward: if you wanted an action game that would run on 99% of web browsers at the time, Flash was really your only choice. Although the first iPhone (without Flash) had just been released, Thoughts on Flash was still a few years off so Flash’s future still looked bright.

ActionScript vs. HTML5, can you guess which is which?

However, Flash had a bad reputation among developers. This turned out to be only half deserved though. The Flash compiler/interpreter/runtime was and remained for my entire experience with it, terrible. The performance of code and APIs was often arbitrary. It took a lot of trial and error to figure out how to make a game that could do a lot of draws in reasonable amount of time. The garbage collector was a constant source of problems and even when you avoided allocations completely (which you eventually had to do), you found Flash would allocate memory internally in completely innocuous code for unknown reasons.

In contrast with that, Actionscript 3, the language of Flash, which had been released the previous year, was worlds better than the previous version it replaced. It was based off the ill-fated ECMAScript fourth edition draft but felt much more like Java than JavaScript. It had a well-thought out set of APIs for graphics, event handling, and socket connections (the main ingredients of a multiplayer game) as well as compile-time type checking, classes, packages, namespaces, etc. So even though the code sometimes had to do some strange things to achieve adequate performance, it was still possible to write cool stuff and structure and maintain the code pretty well regardless.

Jumping forward, after I had recovered from years of developing and running RotMG, I got inspired to try making a MetroidVania MMO, an idea that would eventually become StarBreak. It was pretty clear at this point that Flash would eventually be replaced by HTML5 so I bought a bunch of books on JavaScript and began working on a prototype. 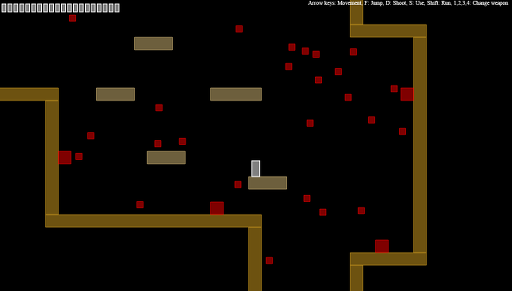 Once the prototype was finished it was a great proof of concept but a terrible piece of software. The situation was the reverse of Flash: the underlying interpreter was fast since competition had pushed browser makers to do amazing things, but the language itself made the software unmaintainable. JavaScript just wasn’t designed for large complex software projects like StarBreak. I knew I needed better tools so I investigated lots of solutions: TypeScript, GWT, Haxe, Dart, NaCl, etc. They all had various drawbacks. Luckily, I ended up attending a talk at GDC about a tool that was like an answer to my prayers.

Emscripten is an LLVM-to-JavaScript compiler. LLVM is an assembly-like language that is used as an intermediate representation by compilers. The idea is that a high-level language like C++ gets compiled down to LLVM and that is then converted to the machine code to make the executable.
Emscripten instead takes this LLVM code and converts into a subset of JavaScript called asm.js that can run anywhere that JavaScript can run (usually the browser, but also Node.js, etc.) and is easy for browsers to optimize. This means that you can basically write web applications in any language that has an LLVM compiler. For StarBreak, I chose C++ but if you want to write your next web game in Haskell or Fortran, Emscripten makes that possible.

The advantages of this approach are huge:

There are also a few gotchas to keep in mind though:

Emscripten allowed for StarBreak as you see it today: 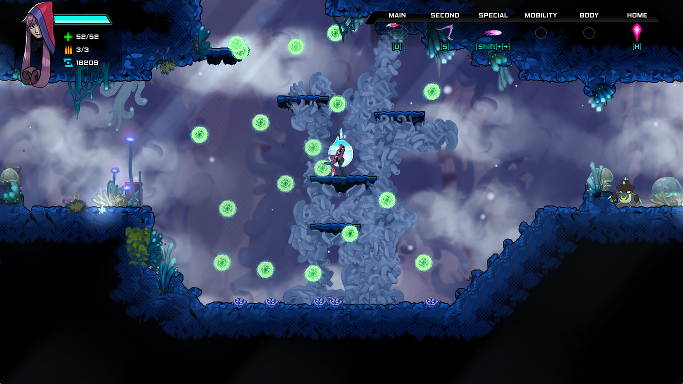 Although this all works better than I would have predicted, it is without a doubt a bit of a kludge. JavaScript was not intended as a compiler target and even asm.js is not well suited for the purpose. Luckily, the powers that be (i.e. the browser makers) have joined forces to work on WebAssembly. Obviously, this is still in early stages so it isn’t a near or even medium-term solution for anything, but it’s good to know our grandchildren will have a more reasonable way to create web applications for the super-intelligent robots that will enslave us.
-- Wayfarer 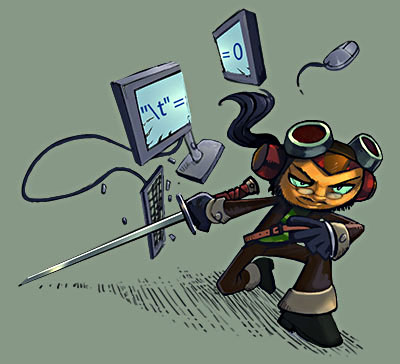