Hey StarBreakers,
Hey! So I’ve been asked by the Crunchy Games crew to write up a blog post about what goes on behind-the-scenes during the production process for the sound effects in the game, and I thought this would be a great opportunity to get people interested in what I do.

I should start off by introducing myself! My name is Dustin Crenna and I’ve been a music composer and sound designer working in video games for over a decade now (I think I’m in year fourteen but I’ve lost track). I’ve worked on several high profile games on both console and mobile platforms (Halo 4, The Darkness II, Bioshock 2, Dark Sector, Uncanny X-Men: Days of Future Past, He-Man: The Most Powerful Game in the Universe, and more). I’ve been playing games for as long as I can remember starting back in the Atari 2600 days and I couldn’t think of a better career path to be on. 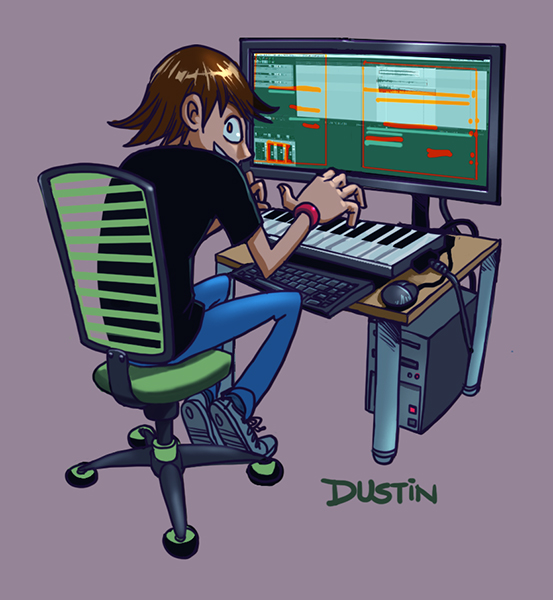 WHAT IS SOUND DESIGN?

The term ‘sound design’ or ‘sound designer’ tends to differ from person to person, or project to project. So for the sake of this project (and how I interpret the term), it’s... well... someone who makes / designs sounds. So how does one go about ‘creating sound’? The most simple and straight forward answer is to simply just record a sound and save it to your computer. You’ve now started your own library of custom sounds. It could be as simple as that. For instance if you needed a busy city background and you lived in a busy city, you could record the traffic in your area. Obviously it gets a little more complicated than that when you’ve recorded your sound and you have to edit it and fix it up, but that’s a little out of scope for this blog.

I haven’t really touched on how you would actually design a sound though.

Basically you want to hear in your head the sound you want to create, and then try to deconstruct that sound into elements so you’ll know what sounds you’ll need to collect to create that new sound.

Why not look at a sound from StarBreak as an example! Great idea! Here’s what my session file looks like for the ‘Jumper Death’ sound. 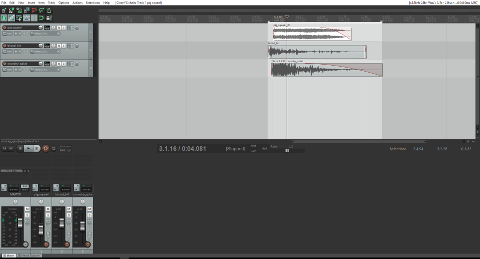 This is a full-screen image of my desktop and it might be a little confusing at first. The DAW (Digital Audio Workstation) I use is called Reaper. It’s powerful and light weight in terms of download size and resource consumption. Let’s take a closer look. 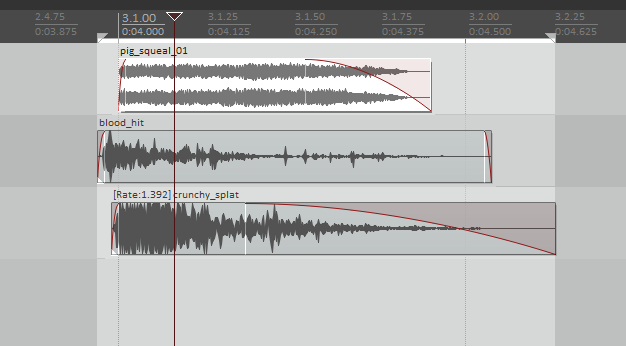 I didn’t want to explain what everything in the larger image was because it would take too long and it’s not really the main focus here. Now in this zoomed in image you can see three different waveforms (the weird squiggles). These are all different sounds, but they play at the same time, thus creating one new sound. This sound has three different elements that make up the whole.

Production time for sound effects on StarBreak is generally pretty short, meaning I don’t have a whole lot of time to go out and record a bunch of different assets and still get the deliveries done on time, which is fine. Because I’ve been doing this for awhile now and I have a pretty large collection of custom recorded raw assets that I can use to create my sound effects. But when I don’t have a sound in my own library and I don’t have time to record my own version of it I generally turn to pre-recorded sound effects libraries to fill in that gap. A lot of the enemy vocal sounds (grunts, screams, deaths, pain, etc) are actually my own voice recorded and manipulated in such a way that I can create some pretty convincing monster sounds. It’s easiest to ‘act’ out the part you’re trying to create, rather than trying to layer together a bunch of animal sounds in hopes to get the end result you want. It is a lot of fun to record yourself acting like a fool, plus at the end of the day you’ve created a unique sound that nobody else could possible reproduce the same way.

HOW DO YOU KNOW WHAT SOUNDS TO MAKE?

When I first started working on StarBreak® I would play it a lot and make notes on what I thought the game needed in terms of audio. But as production went on I started getting spreadsheets of sound assets required. Which definitely makes things more efficient for me because I can just work through the list more quickly than if I had to also figure out what needed sound and where.

HOW DO YOU TEST YOUR SOUNDS?

Using the spreadsheet provided by the Crunchy Gang I name my sound files according to their specifications and upload them to my own FTP site. From there I’m able to load the game and have it point to my new sounds to be implemented. Then, it’s just a matter of playing the game (or special test levels) to get a feel for what I’ve created and whether I need to revisit the sound or not. Sometimes things you think sound great end up not matching the visuals very well once you get to hear them in action. So then you just go back and fix it up.

DO YOU WORK IN A HIGH-END MULTI-MILLION-DOLLAR STUDIO?

Yes. No, not at all. But that would be nice. Pro audio equipment and software is definitely super affordable these days. And as I keep mentioning I’ve been doing this for awhile so I’ve been able to collect a few things over the years. I like to keep it simple though. I’m not a ‘gear head’. I don’t want the clutter of too many pieces of hardware. My workstation is cluttered enough as it is. Plus you don’t need high end stuff to get started in this industry. Find a decent microphone (whatever you think sounds good and gets you the results you want), put it in front of a sound source, and record it. Start experimenting and see where you end up. It will take time like everything else, but it could be fun. 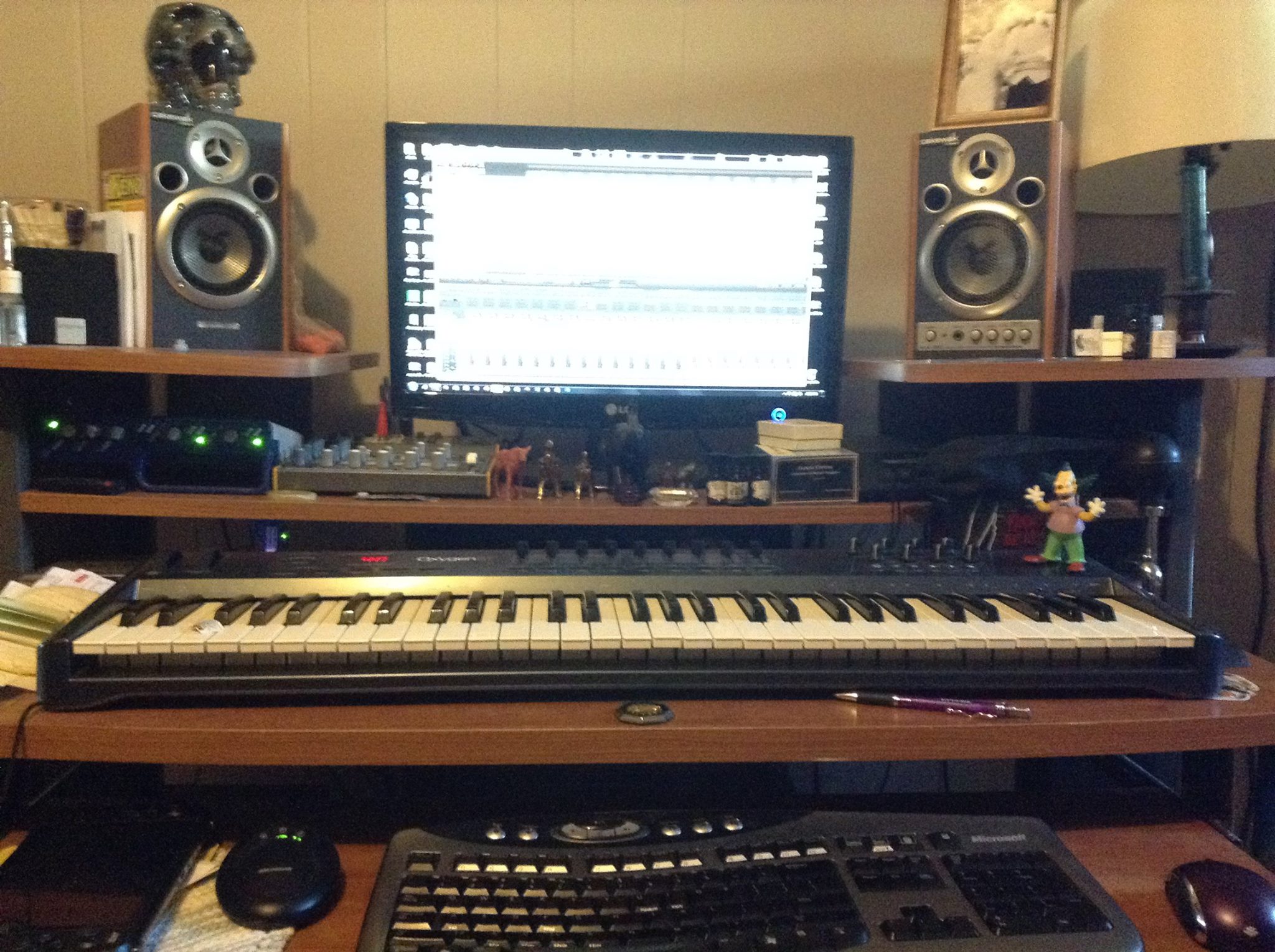 HOW CAN I BECOME A SOUND DESIGNER?

Just like to listen to sound effects in movies or other places. Try to figure out how they did it, or read about it. Watch the ‘behind the scenes’ bonus features that often come on BluRays or Collector’s Edition versions of games. Try to record everything. Have a passion for what you do. Always be willing to learn new things about anything. Go to an audio post-production program in college / university. Create a portfolio of all your best work and display it online. Go to industry events and talk to people. Email your favorite sound designers and ask them how they started. You really just need to have the passion to do it, and to have the desire to learn. The rest sort of just falls into place.

I hope this blog post was detailed enough and at least got you curious or interested in the sound design process for StarBreak. I could always do more posts in the future if there are more specific areas that I should be focusing on. Thanks!